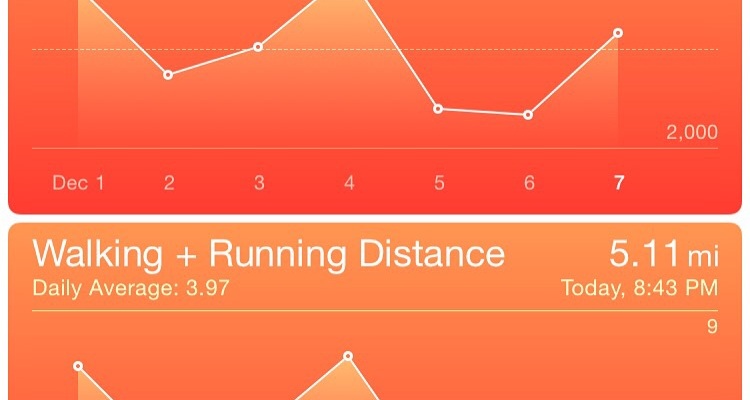 In elementary school, the teachers had this cruel exercise of freeing us from our classrooms to run to the fence across our giant PE field and back. The fence looked light years away to me – I would guess the expanse of the field between classrooms and fence was at least half a mile. I would always watch my screaming, seemingly psychosis-driven classmates as they flew past me, hair and t-shirts whipping in the warm Miami air. If our modern-day acronyms existed then, my exact thought when that task was shared with us would have been: FML. I HATED IT. My friends generally appeared to enjoy the momentary freedom. Despite having an affinity for other, more active things (swimming was my thing), running was NEVER something I could do well. The majority of the pack would lap me easily on their way back from the fence, i.e. before I had even gotten to the fence (Anthony, the Devon-Aire Elementary equivalent of Usain Bolt, would rocket past everyone). Meanwhile, I would be dragging in incredibly slow motion or walking at the end of the pack with the other, assorted stragglers. Yes, I was the fat kid (one of the few), but there was some kind of extra special molasses that lived in my legs for anything beyond (very) short distances even then.

But this week I ran. Like, my feet actually elevated above the concrete in a faster, more repetitive fashion than they typically do while walking. And I didn’t die. These are both monumental things.

I ran, and I cried uncontrollably all down Culver Boulevard (a fairly major thoroughfare), in between three separate running intervals, because I just couldn’t believe it. I’ve attempted running in fits and spurts (like, once every seven years), but there was never any specific program prior to now.

I’d like to be transparent in my intent here: I have no desire to run many miles or marathons – or even half marathons. My one, humble (first) goal is simply to run one consistent mile (to the fence and back). No stopping, no keeling over. People who are natural runners or even those that have “taken up” running (and are good at it) seem to forget that running really is not for everyone. Humans are meant to crawl, walk and – if somehow blessed with the proclivity or faced with clear and present danger – run. I was not built to run; I’m still not; and I never will be. Saying “anyone can be a runner” is about the same as saying “anyone can be a pole vaulter”. No. We all have our strengths and leanings. To anyone who might see me, jogging at what is likely the pace of an afflicted snail, I’m sure I look fairly out of place. I can’t be going much faster than I would be while walking, and I breathe like I may require an oxygen tank, but I’ve figured out what works for me. Counting the 60 seconds down in my head also helps along with the best sneakers I’ve ever had on my hobbit-like feet (Saucony, I use them for walking as well). Slowness aside, if all goes well, I may even reach the actual goal of the app I’m using to make it the full 5K (roughly 3.1 miles; that would be my second goal).

The (Zen Labs Fitness) Couch to 5K app is easy to follow. After, however, just one full program week, I’ve felt some kind of shift. That I can run, a full minute without stopping – to me, that’s like running the full length of the Great Wall of China.

I have seven more weeks to go before I’m some kind of 5K guru – but I wasn’t even sure I could get through the first three workouts. On Week 1, Day 1, I was so enraged that I couldn’t run one full minute that I babbled angry obscenities in between running and walking intervals for the entire route (the other Culver passersby must be used to aggressive fitness types as they acted un-phased); 40 seconds or so was the best I could do. Admittedly, I waited more than a week to go back for Week 1, Day 2. [I was pissed.] But I had an insane moment (and new shoes) and wanted to try again. For whatever reason, it all clicked. I COULD RUN THE FULL MINUTE. I could run several, one-minute intervals. Running has always defeated me before, but I now have a new foe to conquer.

This would be me in my obviously Indiana Jones-inspired run-walking gear and the first confirmation ever that I completed a formal running regimen of any kind:

I RAN. I CAN run. But walking will still be my true love. ❤