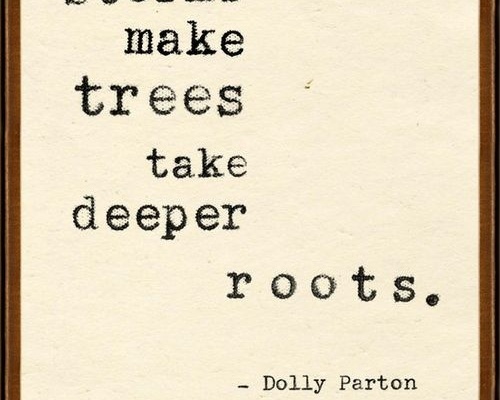 “Hubba hubba”- I promise you, this is what a drunken man said to me recently just off Venice Boulevard as I walked home from the post office. I didn’t even know people still said things like that outside of Happy Days reruns. Do I think he’s saying things like that *only* to me? No. Do I think he’s someone who embodies the shift in peoples’ reaction to me as I’ve gotten older? Yes.

Prior to the age of 21 or so, I think the most simplistic way to capture the attention I may have gotten from the outside world (specific to anything related to attractiveness) is to say that it was almost nonexistent. In early elementary school, I may have been cute to some, but I was mainly the chubby, smart, or tall kid. In junior high, people would allow me my “pretty hair” or “nice nose”, but I was the fat girl (in band – with glasses). In high school, hair continued to go a long way (it was Rapunzel-esque) and, at times, some of the fashion choices I made (I was an early adopter of accessories) were popular, but I was the quintessential “fat friend”. There was no vernacular for me. I just was.

I’ve discussed before how it wasn’t really a thing – to be honest, I knew other people were getting attention, but I had accepted that my role in life wasn’t to be the pretty one. In my own little land of being the smart one, that was mostly ok. My friends, by contrast, were often “hot”, “fine” or “cute”. I have no memory of any of those words being used with my name in a sentence prior to adulthood. My friends were comfortable being the attractive ones or being given attention for any number of things. But, truly, my friends were all attractive in one way or another. I was an important part of their lives (as they were mine), but I wasn’t really “of” their same experience.

Fast forward to our clubbing days. My friends and I spent HOURS out and about, dancing our faces off (for those who can appreciate these names: MarsBar, Lime Key, the Warehouse, Charlie Brown). Once I started college, something happened. I still can’t figure out if it’s that I had more exposure to other people outside of my suburban bubble, but, whatever it was, I started to get attention. And, at the time, I was more confused than anything by it. It’s amazing how something new introduced into your routine can throw you off so much. Sure, I knew I was tall and not creature feature status, but appearance-related compliments basically required some kind of laborious mental translation. Example:

Brain, major: he’s looking at you

I remember one of my earliest standard admirers was an older, handsome guy named Mario (and by “older”, I mean the very age I happen to be now, 38). My friends and I were regulars at a club (he was too). He bee-lined it to me whenever he saw me. We would talk off and on for a while. He told me I was pretty – and beautiful – often. I thought he had, perhaps, a defective optic nerve. When you don’t see yourself in a particular way (not because you’re denying it but because it just is not the definition you’ve ever really made for yourself), it takes a long time to accept what other people are seeing – especially in a city (Miami) that spent the majority of your life excluding you from its beauty topography.

My clubbing years also produced one of my earliest connections to a completely different world: those [men] who actually LIKED (LOVED) larger women. Chubby chasers, “BBW” admirers. I was floored. There were men who LIKED FAT WOMEN. Where the hell had they been between the ages of 0-21? How was I, the consummate social scientist, in the dark about this particular population (and fetish)? Late bloomer. Juan (name changed solely for the sake of protecting the person I’m about to talk about given that we’re still distant friends, he’s married, and his wife may/may not know anything about his earlier BBW fetish) also spied me across a club one night in Coconut Grove. Juan was hot as hell. Juan also, clearly, had a defective optic nerve and several other undiagnosed judgment impairments as far as I was concerned at the time. However, he was persistent (he found me AT MY JOB after we initially met at the club; I was convinced he was an escapee from some mental institution), and he seduced me into talking (dating? flinging?) for a while. Yes, he broke me down (did I mention he was hot?). Juan was also in med school, incredibly smart albeit totally aggravating, and we argued like cats and dogs. None of that mattered. He was attracted to me, complimented me, liked the physical me just the way it was – and meeting him helped me to understand all of that about myself in a context outside of my previous experiences. Juan, though he may never know it unless he is reading this, was a critical puzzle piece in me accepting myself in a different way and thinking: yep, I can be considered attractive in a polarizing and looks-obsessed society.

The online dating world (GAH – another whole new world) would introduce me to (another) Juan (actual name), Victor, Gil, Eric, Alex… you get the picture, other men who had a penchant for larger women. I had connections with all of these men, and they were all complimentary in their own way(s). Some stuck around, some didn’t. Some I appreciate even to this day for how they saw me; being accepted for all of you is important. Beyond dating, however, I realized that the outside world was starting to pay more attention to me in my late 20s. Sure, I would still get the standard “you’d be so pretty if…” or “you have such a pretty face…” but those backhanded compliments took up less % of my compliment memory as things like “wow, you’re so pretty!” or “has anyone ever told you how pretty you are?” or “not everyone can wear short hair; you’re beautiful!” replaced them. I digested these things (on some level), but the smile that hid behind my eyes was often screaming to explode into full-on laughter. If they only knew how (crazily) amusing I found their commentary in relation to my early life of awful, diminishing comments. It’s not that I didn’t appreciate the nice things – they were just such a divergence from childhood and my wallflower teenage years. The irony of this flip-flop in peoples’ reaction to me was (and is still) never lost on me.

Entering my 30s signaled a time of massive transition. At 30, I was only a few years removed from the death of my father. I met one of my life’s major loves and had a long-term relationship as well that would last for almost seven years. I ascended the totem pole at work and felt good about my career pursuits. And, as the needle swung past my mid-30s, I made the decision that I would get aggressive about losing weight and getting fit. I learned to finally put myself first before relationships or work. If confidence was something I always dragged on shorter and longer leashes along behind me prior to my 30s, it made its home comfortably by my side through all of these things. There is something in this fact that I feel has influenced the compliment surge as well.

Although I have grown used to getting “more” attention, the landslide of attention (which I still feel is partially size-influenced) has been pretty crazy in the latter half of my 30s. Women appraise me and while some still glare, many more smile. They compliment my style. Men stare at me, unblinking, or tell me directly that they think I’m “so pretty”. Strangers feel possessed to pay me compliments on a fairly frequent basis (the security guard at a friend’s complex, my favorite maintenance man, the kindly older woman I always see on my street while I’m walking). I’ve become the seeming apple of many locals’ eyes around Culver City. It’s a little bizarre to me that, in my circle of friends, I’m now often the person who is recognized for what she looks like. [Insanity.] Me, the former fat friend who used to just watch all of the words fly by on other peoples’ compliment ticker tapes.

I know looks and size absolutely play a continued part in the world’s reaction to me, but I want to believe that the strength in being my own person is driving the attention – perhaps beyond anything else – as well. My dad was a very handsome guy, and I look precisely like him. My mom is a beautiful woman and my Irish coloring comes from her. I can’t take credit for my DNA. I will take credit for the person I am, the person I’ve become, and my confidence, who tempers the compliments with the realities of a finicky world and her (yes, she has a pronoun) own experiences and will always value the beauty in things and people first. Beauty, lit from within, is ageless.

Of course, I’ll continue to stay immaculately put together and value perfectly chosen accessories for all of time – as well.

4 thoughts on “Age Before Beauty”